OK, so this has nothing to do with the NFL except that Moreno's gonna be a stud NFL back and Musberger used to be great on the CBS NFL pre-game shows. Also, I think he banged Phyllis George during commercial breaks.

But beyond the sick leap into the endzone, check out the chick in the red tank top's reaction, Musberger's slyly lecherous, yet professional reference to it, and Kirk Herbstreit's inability to avoid the giggling.

But enough jocularity, let's assume that my record last week was a fluke and I will come crashing to earth this week. It's the only plausible explanation.

Here are my picks (in CAPS) for Week 4 in the league where they play...

Too bad the Chiefs and Cardinals Rams aren’t playing so we make sure Ohio & Missouri each have a win. I predict Anderson struggles in the first quarter and the Brady Quinn era by throwing 4 TDs to Braylon Edwards. The fact that Edwards is key member of my Fantasy team has almost nothing to do with that prediction/wish.

Tennessee’s recycled QB is better than Minnesota’s, so I go with them at home.
DENVER (-11.5)at Kansas City

Making another Thigpen joke would just be piling on.
San Francisco at NEW ORLEANS (-3)

One of my favorite all-time names, Hokie Gajon is an announcer for the Saints. That’s now why they’re going to win easily, but it doesn’t hurt.
Arizona at NY JETS (PK)

If I applied my “Awesome Announcer” theory from the previous game, I’d have take the Cards. Why? Ron Wolfley, announcer for the Cardinals. Goose & I got to partake of his genius riding back from Sectionals a few years back. Phrases like “Spankety-spank-spank” and “... got lit up like Bin Laden at a Bar Mitzvah” were used. Genius.

But when in doubt, take the home team and never bet on the Cardinals.
GREEN BAY (-3) at Tampa Bay

No way Griese has another day like last week. Also, any reason the Pats wouldn’t offer TB a conditional pick (Rd. 2-4, maybe) for Jeff Garcia?
Atlanta at CAROLINA (-4)

Not saying the Falcons won’t be frisky this year, but not on the road against a good team.
Houston at JACKSONVILLE (-7)

I miss the days of Smith & McCardell, especially Smith. If he had a better name, he would have been a huge star. Just saying.
SAN DIEGO (-8) at Oakland

Could the Raiders be rallying behind Kiffin? Nah.
Buffalo (-9) at ST. LOUIS 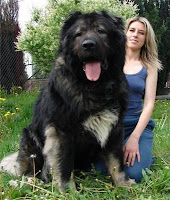 BIG DOG COVER SPECIAL: Nailed the Bengals last week, and this week I’m going with the to-this-point-putrid Rams to gather their pride, put it into a pile and remember that they still have Stephen Jackson & Torry Holt. Plus I don’t necessarily buy the Bills to cover a big # on the road when they barely beat the Raiders at home last week.
Washington at DALLAS (-7)

LOCK OF THE WEEK: Even if Washington makes a game of this, Dallas has too many weapons to not tack on a TD to cover this late.
PHILADELPHIA (-7) at Chicago

I’ll take the Philly defense vs. Kyle Orton, plain and simple. Especially since he doesn’t have the neck beard, but does have Brandon Lloyd who suddenly looks like he’s capable of all that he wasn’t in SF.
Baltimore at PITTSBURGH (-1.5)

Roethlisberger & Parker injuries aside, there’s no way Joe Flacco’s going 3-0. Not happening.
The records and profit/loss so far:

*Note how I tie it all back to Georgia.

I lie the format of me going up against Cline each week with picks - more entertaining for everyone. Since, it seems that Cline equates adding to another author's post as an act of genocide, look for mine tomorrow.

I'd also like to point out that Cline conveniently took my two week totals, and compared it to his one week. Which is an act I equate to genocide.

If it's possible to rescind genocide, I'll let you drop your 6-8-1 record from Week 2 and we can start with Week 3's picks.

And maybe make it more interesting with a wager? Dinner at Base Club Sushi and a case of Schlitz?

For the record, I would have made this bet even before my incredible week last week.

I'll take the bet even though my picks weren't in any way supposed to be good; I just love Schlitz and have a severe gambling problem. I'll also assume you're talking about Fight Club sushi - the place with the rules. Also, not sure if you heard, but the Cardinals organization moved the team from Missourah. It was a big story - in the late 80s.

I'll recognize that the Cardinals in Arizona when I'm in the cold, cold ground.

I refuse to take stand on the bitterly divisive "Fight Club Sushi" vs. "Basement Sushi" debate. It's too much of a hot-button issue.