This is part 4 in an ongoing series.

I briefly wanted to answer some of the people that have left comments about these posts...


That's it. Thanks for the comments!


Let's dive right into this, because to linger with the list of releases from this year is depressing. From Justin to Kelly was made in this year. That should be more than enough information to tell you what I've slogged through.

Lord of the Rings: Return of the King
Lost in Translation
Master and Commander: The Far Side of the World
Mystic River
Seabiscuit

Return of the King, not only being the third installment in a trilogy is also a test to your bladder. I've seen less endings in a Choose Your Own Adventure book. While it wrapped the story up rather nicely, I'm not including it on the list.

Mystic River was a well crafted movie that dealt with very heavy subjects, but at the end of the day it was nothing more than a 2 hour Law and Order special written by M Night Shyamalan.

Seabiscuit? Rocky for horses. Which leaves... 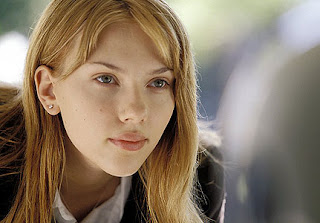 Lost in Translation
A great movie about existentialism and our place in life, disguised as a romance. Lost in Translation uses very little plot to explore issues about the universal feelings people can have, and how we act and don't act on them. Both Johanssen and Murray are brilliant in this, in a way that you'd never expect when first hearing about the pairing. This definitely is a contender for the movie that defines the 2000s.

Ok, so now done with the Academy Award movies, let's dive into the rest of the year's releases. 2003 gave me personally 2 of the most disturbing, depressing movies I've ever watched: 21 Grams and Monster.

Monster tells the story of Aileen Wuornos, the serial killer convicted of murdering seven men, and her relationship with Tyria Moore (different name in the movie). Bleak, depressing and at the very core one very fucked up love story, the movie is important, but not one I'm going to revisit anytime soon. If you've never seen it, it's worth the rent for Charlize Theron's performance alone.

21 Grams is one of those movies that I knew I should see, but when it came via Netflix, I kept finding excuses not to sit down and watch. For over a year. I can't begin to calculate how much that stupid movie cost me in subscription fees, but finally one night, in a pensive if slightly despondent mood, I forced myself to watch.

And it pretty much was exactly what I thought it would be. Open ended, depressing, deep, reflective and nothing I want to revisit. All the performances were top notch, but the subject matter was incredibly deep, dark and devoid of anything I saw or had to deal with in my cushy, pretentious suburban upbringing, which is why I really couldn't relate.

I also don't think it was the defining movie of the 2000s.

So what are some candidates from 2003?

Kill Bill Vol. 1
The Tarantino mashup of styles, genres, and plots was certainly ambitious. Originally supposed to be one long film, (running about 4 hours) it was split into two "volumes," which I believe hurt it significantly - especially this first part. Yes, the big fight at the House of Blue Leaves is impressive, but knowing that there is a second part after this one diminishes it slightly.

Regardless, while on a personal level I don't find this to be one of Tarantino's better efforts, it still deserves to be considered for the defining movie of the 2000s. 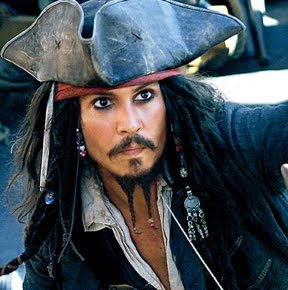 Pirates of the Caribbean: Curse of the Black Pearl
It's hard to go back to this movie and see it fondly after the two sequels destroyed it. I really have no idea what happened. This original was a fun adventure yarn that didn't take itself too seriously, but still delivered the thrills and gave us characters to care about. Depp's Jack Sparrow represented the in-it-for-myself-only pirate and gave us a iconic character that was only later exploited in the sequels for money. Look, I don't begrudge companies creating sequels to make more money - but why not spend a little more time on the plot and create worthy sequels to the original? We know it's possible, the first movie is evidence.

Still, we can't hold the sequels against this movie, so I'm including it on the list.

By my count, that's pretty much it for 2003. Of course, we haven't looked at some of the clunkers of the year...

From Justin to Kelly
Awesome. A movie that took two reality stars that have good voices, and turned them into Hollywood stars. Well, Ok, tried to turn them into Hollywood stars. Luckily, this endeavor failed, or we probably would have gotten Kris Allen in Point Break 2. Actually, we'll still probably get that, but at least we can all laugh about it.

League of Extraordinary Gentlemen
Long ago, probably about 6 years ago, I wrote how this, along with the movie Driven, were teh worst movies ever. Obviously, that's just my personal opinion and there are plenty of other candidates, but seriously, those two movies are the worst ever. Based on a comic book, it takes the admittedly cool premise of ganging up some famous literary characters together (Allan Quartermain, Captain Nemo, Dorian Gray among others) into a spy ring. Had the movie been more about that, it could have been cool. Unfortunately we needed implausible (and often impossible) action sets, evil overlords, backstabbing characters and every other action adventure movie cliche.

Oldboy
Ok, I don't consider this movie to be one of the bad ones. Far from it. Oldboy takes an interesting concept (man imprisoned for 15 years not having any idea why, before suddenly being let go) and dials it up to eleven. And once it gets there, multiplies it by 60. Oldboy is an installment in the Vengeance Trilogy by director Park Chan-wook, which dealt with themes of revenge.

Having never watched the other two installments, I hesitate to say that Oldboy was the most severe, but if you want a shocking movie that plumbs the depths of the human psyche, this is the movie for you. It certainly is not a movie where you'll see the ending coming.

Lost in Translation
Kill Bill Vol. 1
Pirates of the Caribbean: Curse of the Black Pearl

Ok, what did I miss? Please leave your suggestions in the comments section!

Is there a better disney movie this decade than Finding Nemo? Probably got to include it (unless i missed in a previous installment that you were not including cartoons, in which case my bad).

good point jet - I actually had it on my original list and then missed it here. I agree with you it should be included, and will be.

See what a nice, constructive comment gets you? A response.

Hey Cline, don't forget Bad Boys II. It's so vacuous I genuinely felt that my IQ was dropping whilst I watched it. It makes your gone in 60 seconds look veritably felliniseque. I do agree with you however re almost famous - I've never seen it either and I hate it too.

Yeah, seriously Cline. Why did you forget Bad Boys II?

Finding Nemo was hands down the best movie of 2003. For shame, thus far excluding all Pixar movies. Pixar is the studio of the decade.

Hate to look ahead, but I've already decided without looking too deeply that 40 Year Old Virgin is the defining/most influential movie of this decade.

Apatow's directorial debut; turned Carell into a star for the latter half of the decade, propelled Seth Rogen toward his leading man status, introduced Jonah Hill, etc...it helped define the adult comedies of the past 4 years. That kind of influence makes it my winner.

Where is Confessions Of A Dangerous Mind? Wikipedia tells me it could be in 2002 or 2003. The only movie I've seen in the theatre this decade... that has to count for something.

again, I don't agree with your selection...

However, Lost in Translation is an OK choice

but, Kill Bill Vol. 1, no way... It's just an OK movie. Resevoir dogs and Pulp fiction are the only Tarantino movies that can be considered as defining and they are from the 90's

Pirates of the Caribbean: Curse of the Black Pearl, no way either... Come on ! it is a fun movie but that's it even if I think that Johnny Depp is a great actor.

The Return of the king should definitely be on the list for 2003.
Oldboy aswell.

I found interesting that you put a comment about 21 grams but I didn't get it... Did you like it or not ?!? I think it's a good movie but you should see Amores Perros from the same director.

It's unfair to disregard sequels or last installments of trilogies, since both were very "defining" of the 00s.
Sure, they have been around before, but it seems to me that there was never such a dominance of movies that rehash some old and known material. Maybe Angels and Demons or whatever it's called is the defining movie of the 2000s, since it's both a sequel, AND taken from a best-selling novel.
Same could be true for Return of the King, but with that, at least some more time passed between novel and film.

While I don't agree with most of your criticism on the films you discuss, I think you're on the right track in picking the defining film of the 2000s on the criteria you appear to be using.

I believe a "defining film" of any decade needs to be three things: critically acclaimed, popular, and about common themes, events, and/or feelings that can be traced through the decade. Most of the movies you've picked so far have fallen into that category. You've made the right move to exclude Monster and 21 Grams (among others) from your list, because, though they are great, they weren't exactly blockbusters.

So, I have to say that you should really consider Return of the King as a defining movie. Popular and critically acclaimed, it is the Star Wars of this generation. It speaks toward that classic battle between good and evil, a battle which could easily be applied to the situation in Iraq (depending on how you view the war, of course). It doesn't matter if it's the final installment in a trilogy, or adapted from a novel; The Wizard of Oz, unarguably one of the defining films of the 1930s was based on a children's story.

However, all in all, you're doing a fine job on this incredibly subjective subject. While the defining films of the decade won't be decided upon by popular culture and the mass media until a few years after the decade is over, this is definitely food for thought for us cinephiles.

I forgot Old School was from 2003. Since it could arguably be the funniest movie of the decade, it should be included.