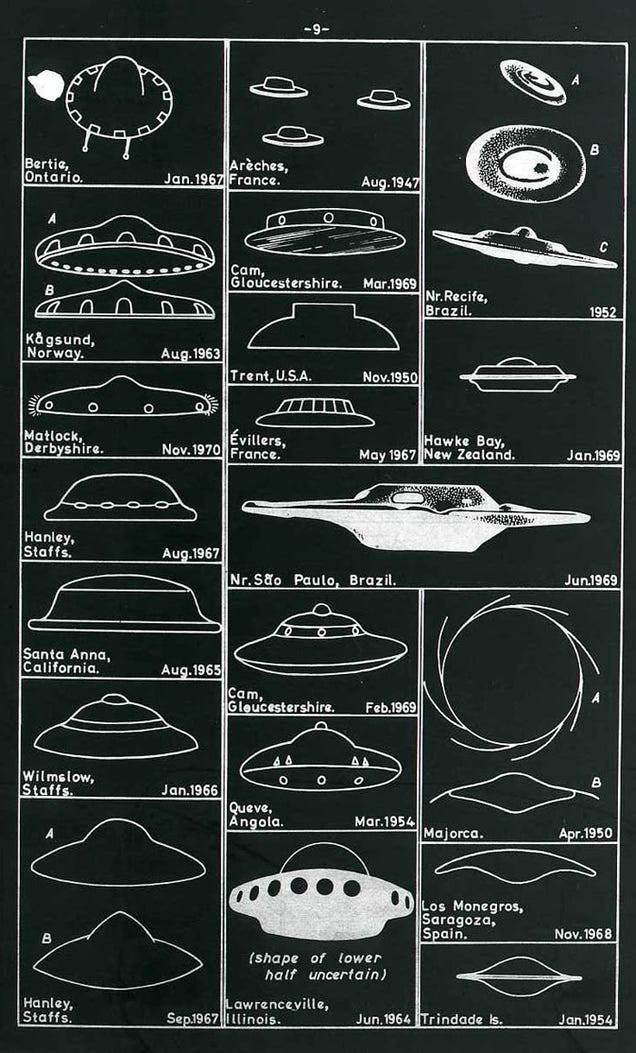 This vintage UFO chart from the National Archives is definitely something I would hang on my wall.

Sure, trips to the moon are boring, but it's not like NASA isn't trying to come up with cooler space ideas.

There's some strange stuff out there on the Internet. But that doesn't mean it shouldn't exist, or we should get upset by its existence. Unfortunately, that doesn't seem to be what's happening.

I may have seen one...possibly two episodes of Two and a Half Men in my life. Just never held interest for me. But I guess I would have watched the finale had I known it was going to be this batshit insane.

Celebrate these weird Oscar nominations throughout the years, in order to come down off your Academy Award night high gently.

A new Sherlock Holmes story, penned by Sor Arthur Conan Doyle, has been found in some Scottish dude's house. And now you can read it right here!

It's still uncertain whether celebrities go to Vegas to die or get reborn when they perform. However, it seems as though Carrot Top at least for himself, has figured it out.

Kill Me Three Times - an Australian movie starring Simon Pegg as an assassin.