The Grammys will soon be upon us. Here are some of the more stranger moments from their history. I say "Wu-Tang is for the children" at least once a week.

Architectural marvels that for one reason or another, don't get ranked with the more popular ones throughout the world. Some of these are mind-bendingly awesome.

Who knew there was such a crazy story about those soy packets you grab a handful of every time you walk out of a Chinese takeout joint?

The lie detector - accurate, or just another tool to use in the psychological breakdown of a suspect to get him/her to confess?

I'm not sure I want to know the type of person who actively goes on the internet looking to compare axes in order to find the best.

The Iditarod...by bicycle. I think this is something I would love to do.

Talking to the "five-timers" (people who hosted five or more times) about SNL. The crazy part of this article is seeing who hosted more than five times. Drew Barrymore?

Eight missing people mysteries that still have amateur sleuths tracking down clues. The polaroid one (you'll know it when you read it) might be the creepiest thing you'll read today.

... Unless of course you find a van with a naked chick riding Spock from Star Trek creepy and not sexy. 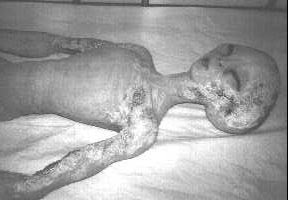 The Roswell Slides...allegedly a group of pictures (the slides) that show evidence of an alien body
from the Roswell alien incident from 1947. Long holed up for some reason (seriously the article is really vague about a lot of things), apparently they are going to be released to the public on May 5. Again, no idea why. But that's not even the strangest thing in the article, as it gets into computer hacking and all sorts of crazy suggestions and accusations. As is what usually happens on UFO blogs.


Editing is an art. A bad editor can ruin a movie, and a great editor can sometimes save a bad one. Enjoy this list of the 75 best edited movies.

These inspired quotes by Werner Herzog are fantastic. I'm not sure there's anyone out there I'd rather have a sitdown dinner with than Herzog.