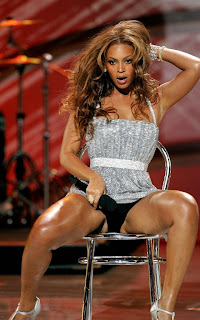 An awesome interview with the now not-so-tan Illeana Douglas. I had no idea she used to date Martin Scorsese. She provides a lot of stories from that time period in her life.

A journalist goes and works at Wal-Mart. You might be surprised at his results of the time he spent there.

Australia is on fire. Here are the pictures to prove it.

Roger Ebert has been having health issues for quite some time now. It seems like he may be coming to grips with his own mortality in this article.

I think I've reach the point in my life that is the trough of no value. Whether I ever get out is iffy at best.

Ordering that special someone through the mail.

Comedian Demitri Martin is ready to hit the big time.

What movies do you think should have been considered for Oscars this year?

My thoughts about the climate change are this: It was a mistake to call it global warming, because that gave opponents of it an easy counter attack. Whenever it gets cold, they can just suggest there’s no such thing as “global warming” because there’s current empirical evidence to counter it. While it’s small minded thinking, unfortunately that’s what sells these days. CI certainly agree that we are past the point of fixing anything as this article states.

How does Beyonce do it?
Posted by Goose at Wednesday, February 11, 2009

Mr. Pibb (original) is sold at every Wendy's I go to.

Good to see that Jolt didn't make the list, so I can assume it's alive and well.

Great Wegman's story (aren't they all?)... About 11:30pm one Saturday night, some guy comes in and buys ALL of the case of Jolt left in the store. If I remember correctly, it was 50+ cases. Am I crazy or is that a lot of soda?

I would love to believe in Global Warming. Except I believe in Boyle's Law: Pressure = Temperature over Volume.
If the temp increases and the volume stays the same, then pressure increases.

All they need do to prove the (false) concept of global warming is show the change in pressure. Please link to that article thanks!