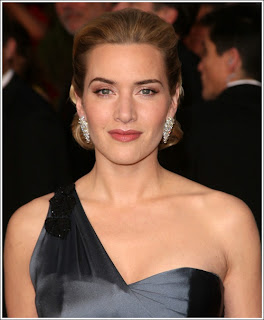 I realize I'm beginning to sound like a shill for Twitter, and want to preface this article by saying I'm not. I certainly will, and if you have the means, or just want to forward this to the Twitter offices I'm all for it, but as of right now I'm just a big fan.

I will also say Twitter is not for everyone, and that is evident in the daily requests I get of people trying to sale me their get rich quick schemes on there. I wish there was some way to eliminate the riff raff like that from Twitter, but until then, I just put up with it. Twitter is not easy to figure out, and I myself am not 100% sure of its value.

But last night gave me more than a glimpse of its potential...

Following a live event on Twitter can be difficult, but the level of difficulty is completely up to you. That's because Twitter allows you to choose who you want to follow, so you can manage the number of "tweets" (yes I think that's a stupid word but I think it's part of the social online vernacular, so I'm going with it) you'll receive. Now, with a live event, tweets usually get ramped up since people are reacting immediately. So when that Japanese guy name dropped Styx classic song Mr. Roboto last night, my page exploded with reaction (all good by the way).

(It also exploded when Bill Maher came out. People really don't like him. Here are a few examples...)

radiocolin BIll Maher, shut the fuck up. You're an asshole.

But what makes following a live event special? Well it's not so much the constant tweets, it's the comraderie one feels with the people you choose to follow and the people that are choosing to follow you. It's like MST3K - on a really large scale, or hanging out with people at a bar drunkenly insulting all the pretty people on the boob tube (speaking of boob tube - Sarah Jessica Parker - thanks for bringing your gigantic puppies on stage with you. Delish).

However fake the feeling might be (because I honestly don't believe Richard Roeper was reading all my comments last night,) it's fun to believe it's a genuine sense of sharing. And since you get to control who you follow, you can create a small, social scene of like-minded individuals.

And then of course, there's the retweet - possibly the greatest thing you can get in the Twitter universe. Because everyone on Twitter not only has their own following island, it's easy to miss great lines that people tweet. But retweeting solves this. Say you have an especially funny line like Paul F. Tompkins had last night about seeing Kevin Kline:

Twitterkins Why is Sam Waterston wearing that fake mustache?

You can bet I'm retweeting that to my followers - and giving credit back to Paul F.

I think above everything else out there, Twitter has come closest to recreating a true social gathering for agoraphobics. And I mean that in the best sense possible. I mean where else could you feel such a close bond with Kevin Pollack?

kevinpollak Not for nothin', I've only been a twitter for 6 days, and because of it, this is the most fun I've EVER had watching this glorious parade.


Like I said before, I don't think Twitter is for everyone, and I don't think the collective group of people using it have completely figured it out yet. But after last night, I think we're getting closer.

And just because I had so much fun, here's a sampling of my favorite tweets last night with appropriate set up if needed. Yes, some of mine are included, because I'm an egomaniac...

michael_bay Documentaries? Seriously? Those are not actually considered movies, are they?

(it's fake Michael Bay, but totally worth following)

After the Dancing With the Stars commercial aired...

TheCline - My long-time crush on Belinda Carlisle has just expired. She hit the wall and the wall fired back.

After Will Smith fucked up...

TheCline - No one can tell me that Will Smith's "dynamite" line wasn't planned on his part. I've seen calculators that weren't as calculating.

After Slumdog won all the sound awards...

Goose Anyone else think Slumdog Millionaire was the first movie listed on the sound awards' ballot?

During the Jerry Lewis tribute...

Goose That Man on the Wire guy is cracking up right now.

Goose when he passes - do we get the nazi clown movie released? That will set the bar on how much I wish him to die.

On his pre Oscar picks...

DougBenson Ive only missed four! Who wants to fight?!

On the death montage...

Caissie I think the In Memoriam montage should be introduced by the celebrity most likely to die next.

On the previous Best Actress winners on stage...

TheCline - Loren comes in as 3rd-most fuckable in that group.

Goose What else did you do with that shampoo bottle Ms. Kate?

On Streep bringing her "daughter" as her "date"...

Goose are we certain that's Streep's daughter? Hiya - it's Oscars after dark.

When the best actors came out on stage...

TheCline - Frost/Nixon is Langella's second-best movie. The best? Masters of the Universe with Lundgren & Cox.

DougBenson Hair contest is over!

DougBenson Ben Kingsley and Mickey Rourke should be Bond villains. In the same movie!

When best picture was announced...

Goose Frost/Nixon probably won but Spielberg just wanted to see a bunch of Indian kids running around on stage.

After seeing the montage of upcoming movies in 2009...

TheCline - Can I pay someone to make sure I never see "Old Dogs", even accidentally?

So if you've made it to here, and chuckled a couple times, I'd recommend you head to Twitter and work on who you want to follow. And if you didn't, well, you can always get your entertainment from our blog.

I really don't need a TV when I have you guys to recap the best parts of awards show by reading your ridiculous and clever comments.
good recap!

Have you asked Pollak what he thinks of Foley as host of Celebrity Poker Showdown?

no but I was going to make a Richard Jenni misidentity joke. Too soon?

MST3k is a great reference to what its like, just random comments that spew out of your mind that hopefully land a chuckle or two.