After a terrible Thanksgiving, Goose bounced back to have a pretty good week for him. He only lost 1 game to me in the standings.

I'll put it out there now and tempt the fuck out of fate...

Here's a brief list of things that are higher on the probability charts than me pulling a 64 Phillies with this thing:

That's the sound of the rusty gates closing on this season. Goose, good luck next year because the 2008 NFL Picks champion is the same guy who got a leather-lunged 9-year old to echo my call of "HE'S IN OUR KITCHEN!" at the Flyers game last night. Who is that? Me, that's who. Chris Motherfucking Cline. 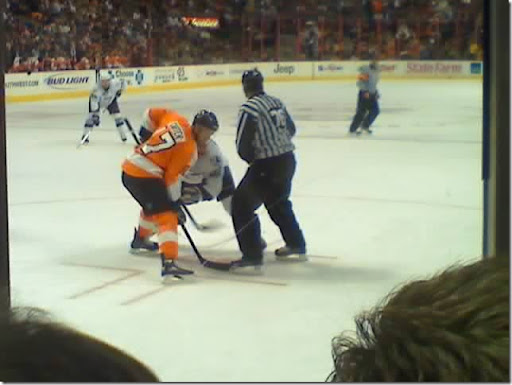 Hey, if you're gonna "set yourself up for a monumental collapse", you may as well do it belligerently, right?

Ugh. Oakland stinks, but I also think that San Diego is just about done for the year. Atlanta did everything they could to hand them that game, and they said "No thanks, we're good." I'm going to put my money on a veteran team playing a night game to put up one last stand before reverting to mediocrity. Also, Oakland stinks.

I searched for "sushi celebration" in YouTube. This isn't what I was looking for, but was happy to find it nonetheless.

I couldn't find anything for "Schlitz celebration", but was happy to find this nonetheless. By the way, has L-Rich ever sung better lyrics than ("Beer makes it good... There's no debate... Beer makes it good... Schlitz makes it great...")? I think not.
One more kick to the ribs of Fate:
Posted by Cline at Wednesday, December 03, 2008

Wow, so you're saying that there's a greater chance I'll slip into a coma than of Goose winning the bet? Wait. Actually, if I were in a coma, I'd communicate through rapid eye movements or similar, "I prolly need my IV hooked up to a Monster Kaos in order to pull out of this..." Shit, Goose, looks like you're SOL....(I mean, prolly SOL.)

To rip a page out of Cline's book, I'll leave my pick in a comment, and go with the RAIDERS, simply because I'm sure San Diego is going to win.

Hey, you leave my Mariners lid out of this lunacy!